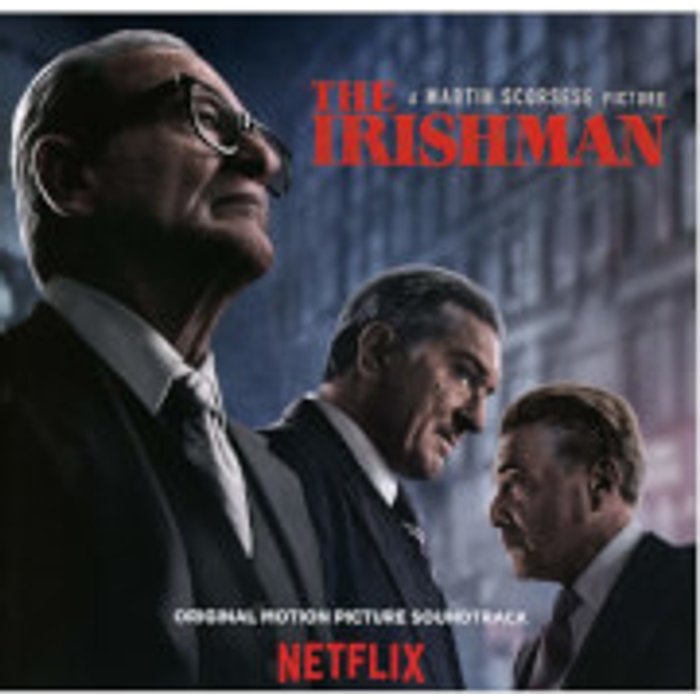 Get it by Tuesday, 1 Dec

Dispatched from and sold by Zavvi.

This is the official soundtrack to the one of the most anticipated films of 2019 - Martin Scorseseâ€™s newest film, The Irishman. Features a selection of songs specific to the 1950s, carefully curated by Martin Scorsese and music supervisor Randall Poster (The Wolf of Wall Street, Boardwalk Empire) as a sonic companion to the filmâ€™s enthralling narrative of organized crime in post-war America As part of the storytelling of the film, the soundtrack includes many of the eraâ€™s biggest hits from the likes of Johnny Ray, Jerry Vale, Jackie Gleason and more Legendary guitarist and composer Robbie Robertson (The Band) composed an original track â€˜Theme for The Irishmanâ€™ Track Listing: In the Still of the Night - The Five Satins Tuxedo Junction - Glenn Miller & His Orchestra I Hear You Knockin' - Smiley Lewis The Fat Man - Fats Domino El Negro Zumbon - Flo Sandon's Le Grisbi - Jean Wetzel Delicado - Percy Faith & His Orchestra Have I Sinned - Donnie Elbert Theme for The Irishman - Robbie Robertson Song Of The Barefoot Contessa - Hugo Winterhalter & His Orchestra A White Sport Coat (And a Pink Carnation) - Marty Robbins with Ray Conniff Canadian Sunset - Eddie Heywood Honky Tonk, Pt. 1 - Bill Doggett Melancholy Serenade - Jackie Gleason QuÃ© Rico el Mambo - PÃ©rez Prado Orchestra Cry - Johnnie Ray & The Four Lads Sleep Walk - Santo E Johnny The Time Is Now - The Golddiggers Al Di La - Jerry Vale featuring The Latin Casino All Stars Pretend You Don't See Her - The Latin Casino All Stars

Get it by Tuesday, 1 Dec

Dispatched from and sold by Zavvi.

There are 14929 visitors online now! Thank you for supporting the British High Street